12 International Exhibition of Sculptures and Installations 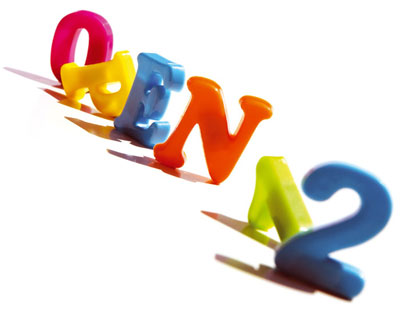 Open to the public
3 September - 4 October 2008, every day, entry free of charge

OPEN, the International Exhibition of Sculptures and Installations, reaches its twelfth edition with a new developing course, an open-air art workshop, where the works themselves are paths that may be followed with the eye or by interaction. Nearly all created specially for the exhibition, the sculptures, installations, photographs and canvases that make up this ideal stream of consciousness are spaces for reflection in which art renews its tension towards the indefinite, eluding form and finiteness, to offer the visitor the possibility of thinking of art free from schemes or thematic set-ups.

The event will be held from 2 September to 4 October, in parallel to the 66th Venice International Film Festival, at Venice Lido, and for the second time on the Island of San Servolo. The tree-lined avenues, the sunny promenade, the terraces and the historic hotels that have hosted Lido’s busy cultural life over the years, and the splendid gardens of the Island of San Servolo, filled with memories of their past history, form the background for the works of art and are at the same time spectators of artistic and intercultural movements in which they too are protagonists to a certain extent: the location of the works modifies the observer’s perception, filtering the way the spectator interprets them and making OPEN a unique and unrepeatable event.

Conceived and curated by Paolo De Grandis, co-curated by Carlotta Scarpa and organised by Arte Communications, in collaboration with the Department of Culture of the Venice City Council, the exhibition has been awarded the Silver Shield of the President of the Republic and is held under the patronage of the Italian Ministry of the Cultural Heritage, the Ministry for Foreign Affairs, the Veneto Region, the Province of Venice and Venice City Council.

OPEN’s success over the years has been marked by the presence of numerous curators who have brought to the exhibition a research focussing on the latest trends in art and culture on both the national and the international scene. Among the innovations, there is the participation of Christos Savvidis, director of Artbox, art director of Art Athina and curator of Poets Machine in the 53th Venice Biennale, who will curate artists from the Mediterranean area with site-specific artworks. A platform for comparison and collaboration, such as that proposed by Anna Caterina Bellati who returns with her dynamic view of Italian art in its many aspects. She has introduced great projects, from works by historic masters to the most recent proposals by promising young artists: the aim is to outline contexts, ways of life and interactive proposals, thus enabling visitors to express their opinions. The successful collaboration with Chang Tsong-Zung, Enrico Pedrini, Nevia Pizzul Capello is continuing, with the new presence of Gertrud Kohler-Aeschlimann, director of Art-St-Urban the prestigious museum of sculpture in Lucerne. The important venture of giving space to new talents in the art world is continuing: this year the Bologna Academy of Fine Arts is participating with a project curated by Massimo Pulini, housed in the striking location of the Island of San Servolo.

The intent of the exhibition is not to create a defined scene, enclosed within specific parameters of style, but to establish a dialogue between incompatible elements on the limit between representation and the physical nature of the work. OPEN presents the free soul of contemporary art, midway between new aesthetic themes and eccentric provocations, between irony, theatricality and a playful vocation, to redefine the present day through the eyes of forty-seven artists from twelve different countries.

Weaving his way through the countless surprises offered by installations with a strong captivating power, such as the one by the Swiss artists Daniel Glaser / Magdalena Kunz, passing Le lune di Galileo by Margherita Michelazzo and the three-dimensional story-teller Enrico Benetta, as well as the countless blue sheep by Bertamaria Reetz and Rainer Bonk, the visitor can find plenty to appreciate in the next sector, where a huge sculpture workshop awaits him. Here the great masters, León Ferrari, Ugo Riva, Ercole Pignatelli, Marco Cornini and Girolamo Giulla dialogue with internationally acclaimed artists such as Andreas Savva, Lee Sun-Don, Christian Bolt and Heinz Aeschlimann, to offer the spectator a wide range of interaction and reflection at the same time. Other sequences are provided by large canvas paintings by the artist Eteri Chkadua from Georgia and by Hannu Palosuo from Finland, the performing photographs by Venia Bechrakis and the oil painting by Fulvia Zambon. OPEN’s secret is its ability to break down art’s traditional communicative barriers, starting from the choice of artists who experiment in different techniques, such as the project by Jorge Misium and Aristotelis Deligiannidis, or those who opt for unusual materials: just think of the works in relief made of crusty bread by Gabriele Pöhlmann-Grundig, the bones used by Zhao Guanghui or the women’s shoes favoured by the Finnish artist Kiba Lumberg. Happenings and new projects strengthen the ranks of this long journey through contemporary art: with his tribute to Mario Schifano, B.Zarro uses performance as a means of accusing the present world economic system; this message is reinforced by the Greek group Under Construction, which warns present-day society to reconsider the value of politics in the subtle irony of the pseudo-propaganda posters that they have produced for this occasion. There is a strong Italian participation that alternates site-specific projects, such as the ones by Marilù Cattaneo, Cosimo Andrisano and Federica Silvi, with projects where the sculpture imposes itself forcefully on the context of the exhibition, such as the travelling rhinoceros by Stefano Bombardieri, the Pinocchio by Andrea Ciampini, or even the free expressions composed by Cristian Biasci. The thirteen young artists from the Academy of Fine Arts in Bologna draw a fascinating itinerary of the exhibition, for each artist has combined his or her art with nature, amidst order and disorder, harmony and excess. So the installations may equally well be a form of silent language, an evocation of everyday life, ways of transferring feelings or an element of disturbance.

Among the many possible interpretations at this exhibition there is the continuous alternation of sensitivity in imagining contemporary art; there is a fil rouge of collaboration between artists, curators and promoting bodies that share exciting artistic synergies; and the really entrancing interpretation that traces a path through the great skill of all those who have worked to achieve an excellent result when the curtain rises on this art show.

The OPEN Prize also reaches its ninth edition. This special prize, coinciding with the 66th Venice International Film Festival, is awarded to a director taking part whose work shows a strong link between the cinema and the figurative arts. Founded by Arte Communication and realised in collaboration with Bellati Editore, this year’s prize is a work by the Master Ugo Riva.

The exhibition is accompanied by a catalogue published by Bellati, containing comments by critics, presentations by the authorities and the list of the works on show. Available from the Arte Communications lnfopoint at Lido in Piazzale Bucintoro and in Venice in Riva San Biagio, Castello 2145. A video of the exhibition will also be produced by Maurizio Cesana.