In 1924, when George Gershwin (1898–1937) created his genre-defining composition Rhapsody in Blue, the artist Huang Tu-Shui (1895–1930) cast Taiwan’s first modern, realist bronze sculpture entitled In the Outskirts, depicting an ox and three cranes, a common view in the rice fields of Southern Asia. Absent from the work, yet clearly implied therein, is the color green—the departing point of the exhibition Rhapsody in Green.
Few color words are as apt to exemplify the complex relationship of language and perception as the Classical Chinese color word “ch’ing.” Semantically, it comprises, to our modern understanding, three clearly distinct color shades, in its most literal meaning: blue, green, and even black. Moreover, in traditional cosmology, “ch’ing” is a concept of dignity associated with the East, the wood element, and spring—hence, even youth in the modern colloquial, but also with such diverse notions as “blue sky,” “green grass,” and “black hair.”
This exhibition explores the power of perceptual realism, which, in breaking with tradition, faces the matter of the outer world exclusively with one’s own senses: a world in which the state of exception that constitutes the current global environment becomes increasingly normal. Kao, Tsan-Hsing (b. 1945),Huang, Ming-Chang (b. 1952), and Chou, Yu-Cheng (b. 1975), the three contemporary Taiwanese artists invited, each demonstrate their personal and indiVISUALISTIC approach to the color green and its connotations, be it ocularcentric, intersubjective, or art-system conceptual, orchestrating green by combining diverse and the heterogeneous components and thus reminding us of its RIGHTful place in our present living environment.
Kao’s sculptural steel pieces of industrial ‘found objects’, mimicking ‘living’ leaves of grass, and Huang’s single-minded virtuoso paintings of rice fields both seem to be imbued with the logic of sense that these inanimate rice paddies and grassy steel wools are rightfully there to serve as the channel of communication with “being-in-the-world” equal to all things. Making someTHING visible, precisely according to what is seen by one’s own eyes, further helps create a dialogue, even a cross-species relationship between the land, the people before them, and themselves.
Chou Yu-Cheng’s post-conceptual artwork engages the “readymade,” not so much in the sense of objects but in Bruno Latour’s “things made public”, revealing the immaterial workings of the political and art system. In accordance with this idea and in this exhibition, he will concentrate on two “green” pieces created during the Japanese colonial period, among them the now lost In the Outskirts by Huang Tu-Shui.(by Yang Wen-I)
National Taiwan University of Arts, the organizer of the exhibition, is the alma mater of Hou Hsiao-Hsian and Ang Lee, who won the Golden Lion of the Venice Film Festival in 1989 and 2007 respectively, and hence is proud of participating in the Visual Arts section of the 55th International Art Exhibition – la Biennale di Venezia for the first time, as Dr. Hsieh Yung-Cheng, the president of the NTUA recently expressed to the Taiwanese press. 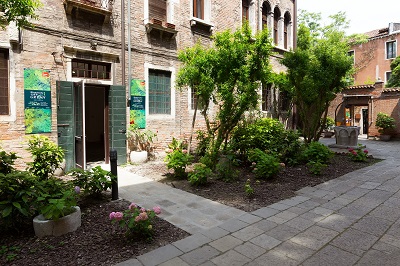 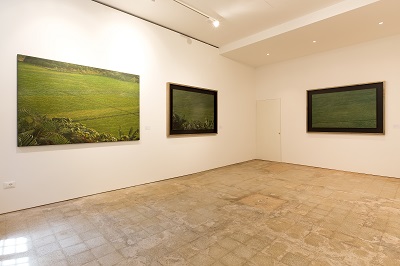 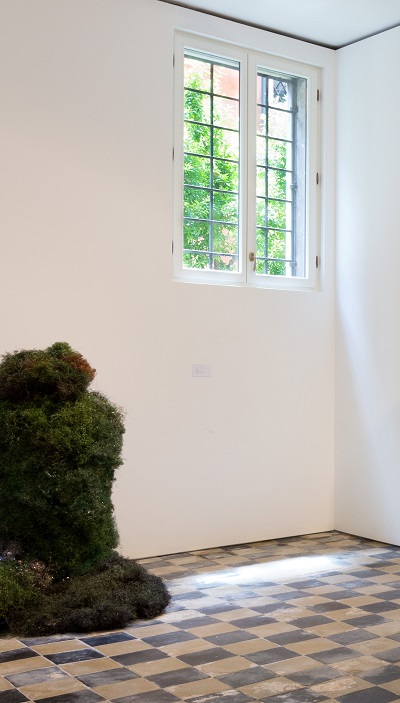