There is evidence that technique and modernity, with their codifications, have been introducing and imposing visual habits which are typified by their immediate impact, rapidity in time and the slight requirement for reflection. At the same time, there are proposals which, in being outside the subtle limits of visual perception, intend, and achieve, a slowing-down in the observation of a work.
With this method, or with others similar, they soothe the rapid glance, help to overcome the monotony of accepted reality, make the reflective power of the mind flourish, encourage the culture of research and invite the reconstruction of visual icons in order to extract new meanings from them. The culminating and most intense moment in the artist–viewer binomial comes when the second, seeking sense in what the work of the first suggests, enjoys discovering new meanings and trying out his or her own approach. The artistic capacity of the viewer is measured by the challenge of taking on a sincere and creative dialogue with the work.

The two Andorran artists contributing to the 54.International Art Exhibition– la Biennale di Venezia are supporters of these notions.

With “La ciutat flotant” (The floating city) artist Helena Guàrdia ruthlessly shakes up original images – which portray reality – dissolves their classical message, knocks down their well recognised iconography and, instead, proposes open narratives which, on the one hand, evidence the limitations of mechanisms of visual perception and, on the other, make possible a new vision and a new understanding of known spaces.
In “L’efímer i l’etern” (The ephemeral and the eternal), a triptych which also works as an installation, Francisco Sánchez seeks to reflect, captivated by the quantic field, a microcosm which encapsulates the whole universe. A preoccupation which leads him to raise concepts more proper to science than to art.  For the artist, the world is formed by contained information, by energy which vibrates at different frequencies. Observation is what converts possibility into reality. 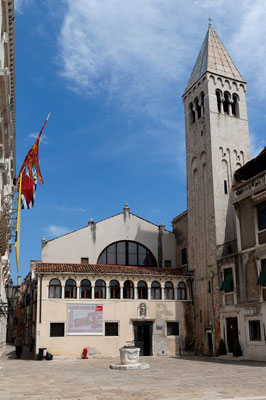 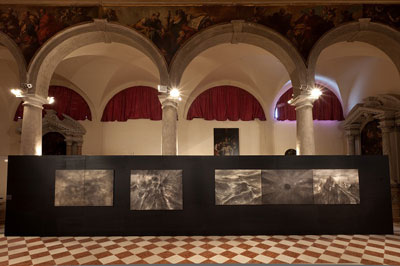 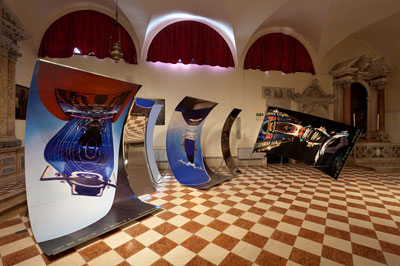