is invited at the 54th Biennale di Venezia,

in the great overview dedicated to Italian art, a project by Vittorio Sgarbi

During the 54th Biennale di Venezia, Lucchini is also present with a solo in-progress exhibition made up of recurring exhibitions and with a joint sculpture exhibition in Venice, in addition to a contemporary exhibition held in Milan for a more thorough cross-section of the artist’s work. 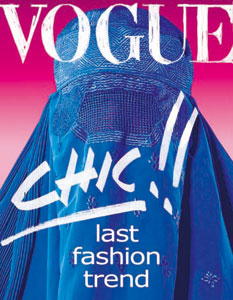 Flavio Lucchini’s new interpretation of the contemporary dress, his traditional field of research and experimentation, must not come as a surprise. Today the artist focuses on burqas and niqabs, after devoting many years to the haute couture plasticity, to the teen-dress joyousness, to the magic of gold, to all the modern desires which from the glossy pages of his magazines he conveyed to art’s persistence and emotion.

Today these veiled women, much more objectified than those dressed up as dolls by fashion designers, represent the most controversial image of femininity, the symbol of a past which never fades but recurs in fact more peremptory and even seems to mark a path for the future.

“My burqas are ghosts of a past which still lives on today and which apparently never progresses”: Flavio Lucchini observes these mysterious women, who on the contrary, even beneath the apparently all-alike thick blue or black blankets, do not lose their individuality, their being concealed and segregated women, who nevertheless reveal a sensibility to details and an absolute vanity.

The black and elegant figures seem to be posing on a Vogue photo shooting, the most ominous burqas become impossible (or maybe possible?) magazine covers, art portraits or the ultimate creation of a famous fashion brand. The world has become a smaller place. In one way or another, those ominous veils trouble us and question ourselves. Once again, the dress makes the difference.

Woman’s images. Beneath the Afghan burqa, the Middle East niqab. Lighting up, revealing, reflecting on today’s mysticism, fanaticism and obscurantism. And on women’s irrepressible desire to express themselves.

Veiled eyes for the ironic covers of fashion magazines or for the street-art posters. Veiled multitudes on the billboards conjuring up a future ever more dominated by Islam. Veils which conceal but cannot suppress the longing for femininity, beauty, youth and which display discreet or showy decors, colors, brands.
Big digital paintings, where the mouse replaces the brush, the uniqueness of art embraces the seriality of technology.

As a counterpoint, a small golden sculpture represents an elaborate evening dress. It could be a Capucci, a Dior, a Ferré. It is the Western dream, the dress which turns woman into a deity and does not oppress her.

Flavio Lucchini is an important figure of the culture and art worlds, who has been influencing Milan’s creative and publishing scene since the Sixties. He drew attention to himself thanks to the boldness and cutting-edge of his work as a graphic designer, as an art-director, as the mind behind important magazines, creating among others very successful monthly magazines such as Vogue Italia, L’Uomo Vogue, Amica, Donna, Moda, all magazines which have completely transformed the image, the contents and the very nature of publishing thus influencing all women’s magazines in the Seventies and Eighties. Mr. Lucchini has always been fascinated by the dress, able to read into it other and more profound means, as if it were almost a metaphor of all the changes in society and the mirror of people’s culture. His journey, based on a keen observation and knowledge, has brought him to investigate the magic and the mystery of the haute-couture dress in the past and the burqa today, with all its social, legal, religious, behavioral implications. Included that of becoming “fashion”.

Not a traditional catalogue but a monthly tabloid presenting with a journalistic style the artist, the event, the artworks, the shooting, the comments, the reviews, the interviews and the relative news. A paper magazine constantly updated in its contents, periodically published during all the duration of Biennale, with an interactive online version with remarks by the website’s bloggers and visitors.

The exhibition is presented by Alan Jones, with the contribution of other still-to-be- defined critics and curators.

Alan Jones, the New York writer, critic and curator of art exhibitions, has always been one of the most renowned connoisseur of the Pop Art scene and he has organized several exhibitions held in very important museums and galleries: the Cartier Foundation in Paris, the Guggenheim Museum in New York, the Walzer Art Center in Minneapolis, the M.I.T. List Center at Harvard, Massachusetts, the P.S.1 New York’s Modern Art Museum, the New Museum, the Studio Museum in Harlem and the Museum for African Art.

Lucchini’s other exhibitions during the Biennale di Venezia: 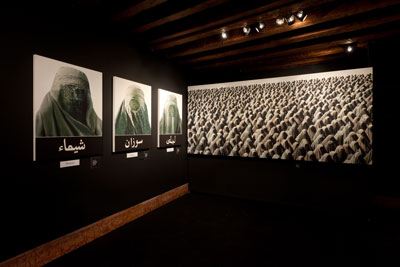 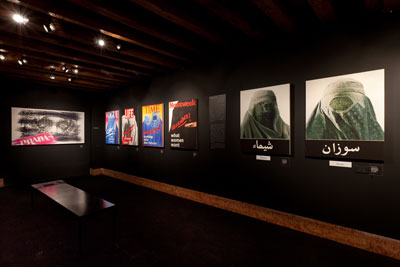 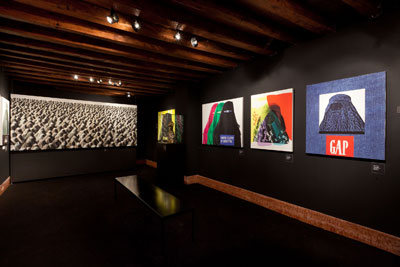