"Art is nature speeded up and God slowed down"

The national Pavilion of the Republic of Mauritius is an extended dialogue between international artists that focuses on the interplay between humans, their habitat and art. Nobody embraced and mixed these three in Mauritius better than the writer, painter, and visionary Malcolm de Chazal (1902 - 1981). Chazal was born in Mauritius and except for six years at Louisiana State University (US), where he received an engineering degree, spent most of his time in his homeland, to which he was strongly attached, a "fiancée" difficult to leave, as he professed.
Malcolm de Chazal had for years been a proponent of the myth of Lemuria, a lost mystical continent and cradle of humanity, the original Eden, of which Mauritius and the other islands of the Mascarenes are furtive reminiscences. Chazal believed that the mountains of Mauritius were cut and sculptured in prehistoric times by the hands of super
human giants and were inhabited by poets. Unexpectedly, his seemingly surrealist theories gained support earlier this year, when lost lava-covered pieces of an ancient continent, dubbed 'Mauritia’, were found under the island of Mauritius; making headlines in the world news. This piece of crust is left over from the breakup of Gondwanaland, a super-continent that existed more than 200 million years ago and which split into what is now Africa, South America, Antarctica, India and Australia.
The Mauritian Pavilion proposes to recreate that ancient prehistoric Gondwanalandian (or Mauritian) Eden, where instead of superhuman Lemurian giants, artists from different continents get together to share their spiritual and realistic views on the natural and man-made world around them. The works of four artists are intertwined with selected quoted aphorisms and pensées by Chazal, which are placed directly onto the walls built specifically for this exhibition.

Jacques Desiré Wong So (Born in 1979 in Rodrigues, Mauritius) studied applied arts at Université Michel de Montaigne, (Bordeaux, France).
Jacques Desiré uses Chinese ink and acrylics in his abstract paintings on canvas; researching and developing traditional painting techniques such as sfumato and lavis, which allows the tones and colours of his works to shade gradually into one another, producing softened outlines or hazy forms. The use of meditation and breathing techniques is an integral part of the process. In his own words what inspires him is a desire to help the world become united.

Robert Rauschenberg (Born in 1925, Texas, US, died in 2008, Florida, US) was the first American artist to win the Grand Prize at the Venice Biennale in 1964. After that, he enjoyed a rare degree of institutional support and had numerous retrospectives in major museums around the world. He was awarded the National Medal of Arts in 1993 and became the recipient of the Leonardo da Vinci World Award of Arts in 1995 in recognition of his more than 40 years of fruitful artmaking. Rauschenberg’s early works anticipated the pop art movement, he is well known for his "Combines" of the 1950s, in which non-traditional materials and objects were employed in innovative combinations;. by 1962, Rauschenberg's paintings were beginning to incorporate not only found objects but found images as well - photographs transferred to the canvas.
Rauschenberg's works presented in the pavilion of Mauritius were developed with the use of solvent-transfer techniques. As part of his engagement with the latest technological innovations, the artist made Iris prints and used biodegradable vegetable dyes in his transfer processes, underscoring both- his fascination with the environment and also caring for it.
Some of the artist's key rules were: collaborate, share and be generous. Belief in the power of art as a catalyst for positive social change was at the heart of his participation in numerous international projects in the 1970s-80s, and which culminated between 1984 and 1991 with his Rauschenberg Overseas Culture Interchange (ROCI). Funded almost entirely by the artist, Rauschenberg traveled to countries around the world, with the purpose of sparking a dialogue and achieving a mutual understanding through the creative process.

Michael Lalljee (born in 1980, Port Louis, Mauritius) studied fine art and education at the University of Mauritius and Mauritius Institute of Education. He works predominantly in photography, sometimes applying layers of paint on the scanned photos before scanning them again.
‘Caught in Corrugated’ is a series of photographs, picturing rusted and sometimes graffitied pieces of metal, which poorer people in Mauritius use as fences for their homes. Those metal corrugated pieces are in fact cut out from discarded barrels used for transporting goods (mainly oil) produced by big multinational companies. Despite being a social critique the photographs contain a certain rhythm in patterns, and a beauty of everyday found objects; additionally, the brighter colours make them looking rather optimistic.

SEO (born in 1977 Gwangju, Korea)
SEO attended Chosun University in Gwangju, In 2004 was awarded Master degree at UdK (The University for Arts, Berlin). She has exhibited extensively around the world, including the 54th Venice Biennale, Liverpool and Beijing Biennials, with solo exhibitions at Ludwig Museum Koblenz (Germany), Gwangju Art Museum (Korea), the Today Art Museum, (Beijing, China). Her works were awarded various international awards, such as the ‘Meilenstein’ from Leopold-Hoesch-Museum (Germany, in 2008) and the Beijing Art Award CAA, (Beijing, China, in 2010). Her works are in numerous Museum and private collections around the globe, among them the Bundeskanzleramt (German Chancellery), the MoMa (New York, US) and Kunsthalle Mannheim (Mannheim, Germany).
The artist, who now lives in Berlin, is well known for her large-scale, brightly coloured rice paper collages in which she explores the impact of new technology and globalization on humans and the environment. Her most recent works, currently exhibiting at the Mauritian Pavilion, are extensively elaborated acrylic paintings that represent surreal architectural compositions combining abstract geometric shapes and figurative elements; they were inspired by the artists’ recent trip to Mauritius. A colourful world of nature’s vastness: water, sky and greenery demonstrate a futuristic, utopian vision of harmony between man and nature with the urban environment along with the spiritual. The large scale of the works invites the viewer to enter the world of SEO’s contemporary version of Eden, with its harmonious relationship between Natural and Man-made elements.

Olga Jürgenson (born 1969 in Siberia, USSR) is a curator and a multi-disciplinary artist based in the UK. While as a curator, Jürgenson has co-curated and project managed the National Pavilion of Mauritius at Venice Biennale in 2015, organised art exhibitions and events in several countries and was invited to judge various art competitions. Olga curates the art programme at Pushkin House (London, UK).
Throughout her artistic career she participated in numerous significant group exhibitions globally, including the 56th Venice Biennale, MANIFESTA 10, Liverpool, Moscow and Ural biennials. Jürgenson undertook several international residencies and fellowships, two of her most recent solo exhibitions, were at The State Hermitage Museum (St Petersburg, Russia) and New Hall Art Collection, the University of Cambridge (UK). Jürgenson was awarded numerous grants, scholarships and awards from European foundations, in 2011 she was nominated for the Kandinsky Prize in Moscow, Russia. Her works are in state and private collections across the world, including The State Russian Museum (St Petersburg, Russia), National Centre for Contemporary Art (Moscow, Russia), Oulu Art Museum (Finland), The University of Cambridge and many others. 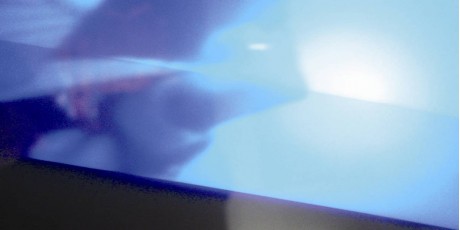