Art Among the People

Paolo De Grandis has been appointed international curator for the first Karachi Biennale to be held from 22nd  October to 5th  November 2017 in 12 locations within Karachi.

The project Art Among the People is supported by the Consulate of Italy in Karachi with the aim to encourage and promote the Italian art and culture in Pakistan.

Paolo De Grandis on the occasion of the inaugural tour of the first Karachi Biennale, will take part in an international symposium.  He will recount his commitment to the world of art: from his 118 exhibitions organised at the Venice Biennale, of which 64 national exhibitions and 54 events, the first participation of Taiwan at the Venice Biennale in 1995, the creation of the outer pavilions of the Venice Biennale outside the area of the Giardini and Arsenale, as well as the long-term project From la Biennale di Venezia & OPEN to MACRO and the 20 years of OPEN, International Exhibition of Sculptures and Installations.

The Karachi Bienniale will host over 150 artists  from Pakistan and around the world. Their works will be exhibited in numerous venues in the city including the monumental Narayan Jagannath Vidyala Hight School (NJV). Founded in 1855, NJV is a building of great historical and cultural value;  the Sindh Assembly headquarters has formed many social and political leaders in the country. Today, however, only a small part of the building is used, and the Karachi Biennale intends to bring attention, re-evaluate and revive this important landmark in one of the most populated cities in the world, enabling new viewers to access and recapture the story of Karachi, often obscured by the tensions due to its rapid urban growth.
Since the 1950s, when Karachi grew up from a small harbour to a mega city centre, the city attracted a large number of independent thinkers. It has been home to many influential modern and contemporary artists. Its tunnel circuit is unrivalled in the country and is one of the most lively in southern Asia. Pakistan has started to play an important role in the global map thanks to the interest that has developed around the positive international results of its artists. These results reflect the depth and vitality of the country's artistic production.
Through the architecture of  its exhibitions, symposia, performances and numerous programs for visitors, the Karachi Biennale will combine creative energies and new sparks in the local and international artistic landscape.
The theme chosen for this first edition is Witness: artists as witnesses.
Art as a testimony of its time has always carried a great significance. This is especially true in times when memory is deeply disputed and, as stated by Kundera, "The struggle of man against power is the struggle of memory against 'oblivion".
The goal of the Karachi Biennale is to bring art into public spaces by generating awareness, engagement and public involvement through projects that interact with the spectator to create a democratic and accessible platform.

With the support of: 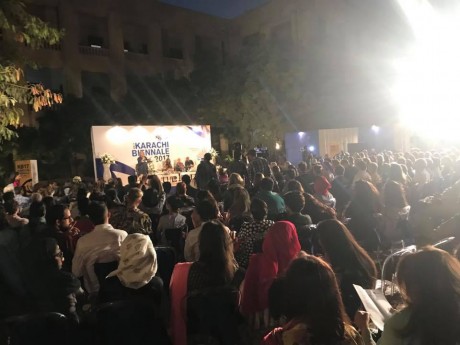 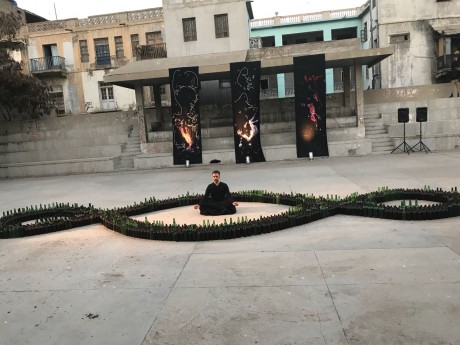 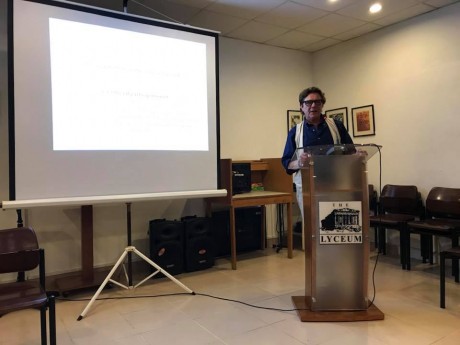 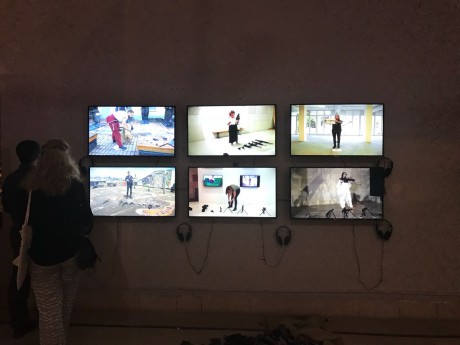 I Fight by Sarah Revoltella 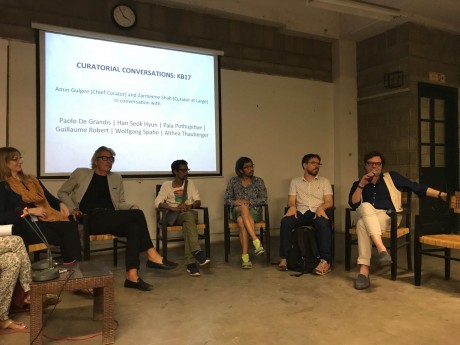