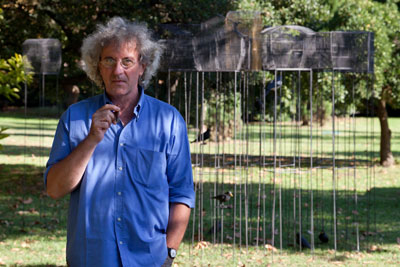 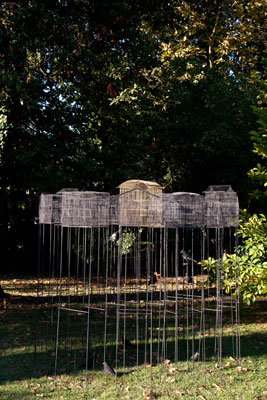 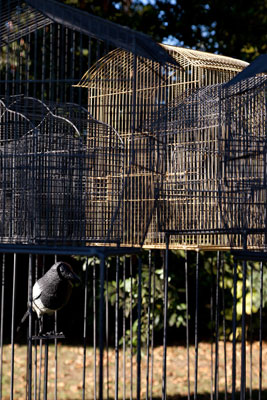 Marco Pellizzola has been active for years with interventions focussed on the territory in a field of application that ranges from schools to public parks and urban walkways in various towns in Italy and abroad. Consistent with his previous research which has already considered cages, he confirms the same original subject on this occasion. The open-air installation of cages in the striking setting of the park on the Island of San Servolo - also known in the lagoon as the madmen's island because for many years it was sadly famous as the home of the psychiatric hospital - aims to express the relationship between natural and artificial, between reality and fiction, in which art has always struggled at every latitude: the cage as a symbol of closure and imprisonment, taken out of its context in this case by the artist using intentionally misleading terms, becomes a place of rest, perches for birds that are also attracted by their fellows, but they are artificial ones, placed outside the cages, decoy birds no longer used for capturing or hunting the real ones, with which they now live in harmony in pleasant natural surroundings.
In this sense artifice and nature resume their most harmonious and immediate relationship as it was in classical western art, just as occurs in other cultures, different from our own, and as seems still to be the necessary basis in the contemporary world.