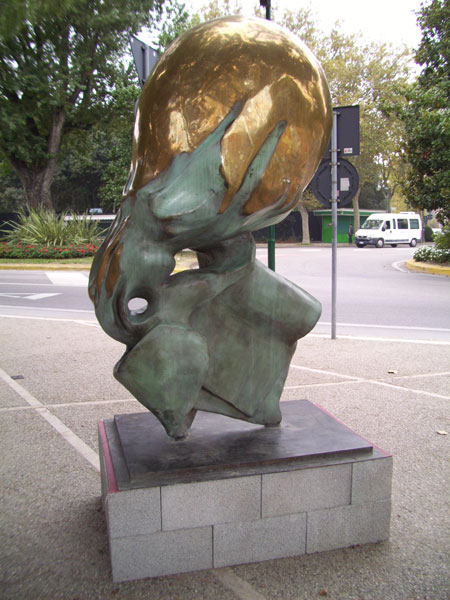 A symbol of our contemporaneity, of the evil of modern society and its disarming impotence, the work entitled Medusa (Jellyfish) reflects the real being of the artist.

All Carloni’s work denotes his extremely introspective character. A great scholar and inventor of patents in the field of motor racing, engineering and ecology for over thirty years, he approaches art with sensitivity, with the attention that he often does not express in words. Aware of the peculiarities of human nature and of the reality of a world that is becoming more and more fragile, he reads the magnificent gift of nature and at the same time the danger of its supremacy.

In Medusa the lower part aims to represent modern society composed of human beings who, from the moment of their birth, live unknowingly and deservedly under an irrefutable and untouchable power.

The jellyfish enables us to perceive a direct and symbolic feeling of powerlessness against the system… For more than half a century human beings have fallen precipitously into a cycle of self-destruction, but no “man” dares correct or modify the system, the interests of the world always prevail over those of the individual, whatever the cost… Populations, now reduced to simple spectators, realise or simply admit that it would be enough to bring everything out into the open to get rid of it, just like the dangerous and poisonous jellyfish which, if exposed to the rays and heat of the sun, naturally melts.