We are glad to announce Paolo De Grandis has be appointed as guest curator for the Karachi Biennale to be held in Pakistan during 2017.

"The Karachi Biennale 2017 is a project of the Karachi Biennale Trust (KBT) a non-profit platform that promotes innovation, criticality and global exchange through Art. The event will take place from October 21st to November 5th, 2017.

KBT will include artists from Pakistan and abroad. Their works will be exhibited at multiple venues throughout the city, but the main venue of the Karachi Biennale is the monumental Narayan Jagannath Vidyala High School (NJV), located on M.A Jinnah Road. Founded in 1855, the NJV is not only a heritage building, but also has great historic value, as the Sindh Assembly was temporarily held in its North Western portion. This government school has had a glorious past and has been the alma mater of many social and political leaders. However today, only a quarter of the classrooms are being used and the building is in a state of neglect. The Karachi Biennale aims to draw attention to this important historical landmark. We also hope to have community engagement projects, as this saturated locality is at the heart of the city.

The thematic focus of the First Karachi Biennale is Witness.

n. 1 a person who sees an event take place.

2 a person giving sworn evidence to a court of law or the police.

3 a person who is present at the signing of a document and signs it themselves to confirm this.

2 be the place or period in which an event takes place.

The artists will be asked to interpret and articulate the curatorial theme through their chosen genre. Your participation in the Biennale will provide an opportunity for you to share your work with the local audience and visitors from abroad.

The Karachi Biennale will have a comprehensive catalogue with information on each participating artist and documentation of the event, which will be given to each artist."

Italian and Colombian art meet in the third edition of the Changwon Sculpture Biennale in South Korea,inaugurated the 22nd of September where Paolo De Grandis was invited by Director Yoon Jin-Sup to curate the participation of Michelangelo Pistoletto with his Third Paradise, and the Colombian artist Jaime Arango Correa with his Dynamic Sculpture. The artworks are exhibited in the two main halls of the Biennale, the Yong-ji Lake and the Seong-san Art Hall of Changwon City. The Biennale is an international celebration of sculpture and an opportunity established by the formal unification of three cities: Changwon, Masan and Jinhae. Changwon hosts a long tradition and sculpture legacy and has give extraordinary artists as Moon Shin, Kim Chong-Yung, Park Chong-Bae, Park Suk-Won, and Kim Young-Won.

From South Korea to Venice with two collateral events in occasion of the 15th Architecture Biennale. The first is Stratagems in Architecture: Hong Kong in Venice organized by The Hong Kong Institute of Architects Biennale Foundation (HKIABF) and Hong Kong Arts Development Council (HKADC) with35,000 registered visitors until now, where the classical Chinese essay Thirty-Six Stratagems, a collection of military tactics applied at wars in ancient China, guide the exhibiting architects and artists to examine their everyday challenges and provide solutions over the architectonical ground of their city, which reflects human, social and even political conditions. On one hand, it conforms to the rules of capitalism and private demand; on the other, it seeks to transcend the norm and open up imagination. What lies in between could be conflictive and creates endless and ever-changing battlefields.

The wisdom of the stratagems provides guides in politics, business and civil interaction in modern time. The stratagems are categorized into chapters that illustrate different situations, both advantageous and disadvantageous.

The second, Coexistence from Macao with 30,000 registered visitors until now,  presented by the Cultural Affairs Bureau of Macao S.A.R. Government of the People’s Republic of China, in cooperation with Architects Association of Macao, covers an overview of the Historic Centre of Macao, a lucrative port of strategic importance in the development of international trade in Chinese territory, which became a Portuguese settlement in the mid-16th century and returned to China in 1999. The “Historic Centre of Macao” is a collection of a series of locations in the old city centre that witness the unique assimilation and coexistence of Chinese and Portuguese cultures. It was inscribed on the UNESCO World Heritage List in 2005, and represents the architectural legacies of the city's cultural heritage, including monuments, squares, streetscapes, churches and temples.

Through the use of physical installation and digital communication, the exhibition provides the interactive opportunity to review how we can learn from these “old” buildings and the existing urban context of Macao in a “new” way.

Both exhibitions will be open until the 27th of November in Campo della Tana, opposite to the entrance of the Arsenale.

The title chosen by Christine Macel for the 57th International Art Exhibition is:

Christine  Macel has explained her project as follows: 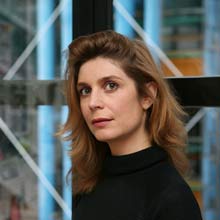 «In a world full of conflicts and jolts, in which humanism is being seriously jeopardized, art is the most precious part of the human being. It is the ideal place for reflection, individual expression, freedom and fundamental questions. It is a “yes” to life, although sometimes a “but” lies behind. More than ever, the role, the voice and the responsibility of the artist are crucial in the framework of contemporary debates.
Viva Arte Viva is also an exclamation, an expression of the passion for art and for the state of the artist. Viva Arte Viva is a Biennale designed with the artists, by the artists and for the artists. It deals with the forms they propose, the questions they pose, the practices they develop and the forms of life they choose.
The Exhibition organically evolves in a sequence of pavilions, rooms and stanze, offering the spectator an experience, i.e. a journey, from the interiority to the infinity.
These pavilions or Trans-pavilions, which gather artists of all generations and origins, sinuously follow one another like chapters of a book. From the “Pavilion of artists and books ” to the “Pavilion of time and infinity”, a dozen universes tell a conversational and sometimes paradoxical story, concerning the complexity of the world and the variety of positions and practices.
The Exhibition also aims to be an experience, representing an extroversion movement towards the other, towards a common place and towards the most indefinable dimensions, opening the pathways to a neo-humanism.
Every week, during the six months of the exhibition, the artist and his public will participate to an Open Table (Tavola Aperta) where they can have lunch together and where they can dialogue and talk about the artist’s practice.
Every day, during the weeks before the opening of the Exhibition, a video will be posted on the Biennale official website, giving the opportunity to uncover the artists even before the Exhibition».
Christine Macel is “a curator committed to emphasizing the important role artists play in inventing their own universes and kindly injecting vitality into the world we live in”, President Paolo Baratta said last January on the day of Macel’s appointment.

Baratta adds that: «By finding inspiration in a “humanist” vision and keeping the focus on the artist’s creative act the Exhibition will also promote a new and more intense conversation between visitors and many of the artists on display, through a programme of meetings specifically designed for the occasion».
The 57th International Art Exhibition of La Biennale di Venezia will also present, as is traditional, the National Participations with their own exhibitions in the Pavilions at the Giardini and at the Arsenale, and in the historic city centre of Venice.

This edition will also include selected Collateral Events, presented by international entities and institutions, which will present their exhibitions and initiatives in Venice concurrently with the 57th Exhibition.

The 57th Exhibition will take place from May 13th to November 26th 2016 (Preview May 10th, 11th and 12th) in the Giardini and the Arsenale and in various other venues in Venice.

Italian and Colombian Art in the Changwon Sculpture Biennale 2016

PDG Arte Communications grows with more international collaborations, as in the third edition of the Changwon Sculpture Biennale in South Korea inaugurated the 22nd of September where Paolo De Grandis was invited by Artistic Director Yoon Jin Sup to curate the participation of Michelangelo Pistoletto with his Third Paradise, a symbol, myth, and ideal narration of ethic responsibility, and the Colombian artist Jaime Arango Correa with his Dynamic Sculpture build up with oil painting modules. The artworks are exhibited in the two main halls of the Biennale, the Yong-ji Lake and the Seong-san Art Hall of Changwon City.

Official Opening, 22nd of September. Paolo De Grandis at left and Artistic Director Yoon Jin Sup at right along with other members of the Changwon Biennale commitee.

Changwon Sculpture Biennale is an international celebration of sculptures established by the opportunity presented by the unification of formerly separated cities of Changwon, Masan and Jinhae. It brings a very special art form: the sculptural arts Changwon is the hometown to sculptural history and heritage, home to great sculptors such as Moon Shin, Kim Chong-Yung, Park Chong-Bae, Park Suk-Won, and Kim Young-Won, making this event a meaningful occasion. The first step of the Biennale was to paid a tribute to Moon Shin’s sprit of art who is a remarkable contemporary sculptor in South Korea, and now the genre of Changwon Sculpture Biennale is spreading from sculpture to other media. The Biennale creates a new way and concept of sculpture. Also, the Biennale considers how to assimilate into the local communities through the prospect of glocalism, therefore the Biennale is fascinated for introducing emerging artists and communicating with local audiences through educational programs.

In March 2004 the University of Turin granted Pistoletto an honorary degree in Political Science. On that occasion Pistoletto publicly announced that The Third Paradise would be the next phase of his work. From this date onwards the Third Paradise has been the main driving force behind Michelangelo Pistoletto's as well as Cittadellarte's work. A work developed through building a growing network of relationships and collaborations with many different partners: individuals, associations and institutions active not only in the artistic field, but at every level and sphere of the social life, turning it into a big collective and participatory work of art.” www.pistoletto.it

The Dynamic Sculpture of Arango is a "mute architecture", which unites the modular and structural element of a three dimensional construction to the poetry of sign and a chromatic component the Colombian artist loves to solve through the encounter of different levels and forms.

The modules enclose two pictorial series, which suspended and composed geometrically  in two staggered towers restitute a mute architecture. The modules, worked with composite materials as plexiglass and natural oil paintings, have a life of their own as closed forms that give off a subtle perfume. The aromatic, visual and tactile elements compile the dynamic energy of the sculpture, and permit the viewer to interact with it. An architecture of silence that foresees listening.
The informal artist relies on a profound practice and master technique of painting, graphics and ‘sculpture paintings’ made with overlapped recycled materials. In 2011 he founded, together to the Italian curator Bianca Laura Petretto, the International movement of the “Wonderers” inspired on intellectual nomadism which includes Italian artists and among all Latin-American artists from the Experimental Studio of Maestro Arango actually established in Bogotá, Colombia which started 20 years ago.

A Special about OPEN | AINAS MAGAZINE

The second edition of the bimestral-online magazine Ainas Magazine, has dedicated to us a special about the story of  OPEN - International Exhibition of Sculptures and Installations, news about it's 19th edition,  current exhibition until the 2nd of October at the Hilton Molino Stucky, and a warm interview to it's curator Paolo De Grandis. See page 28!