Awarded to Director and actor Pippo Del Bono (second in the picture from left) - in the storic ship Edipo Re, in which Pier Paolo Pasolini lived together with the paintor Giuseppe Zigaina - the XVI edition of the OPEN Prize (a sculpture by Gianmaria Potenza) in occasion of the Venice Film Festival concluded at Lido.

A REMINDER OF OUR CURRENT EXHIBITIONS - La Biennale di Venezia 2016

"Stratagems in Architecture: Hong Kong in Venice" and "Coexistence from Macao" have registered 15.000 visitors during the first month of exhibition. You may visit both at Campo della Tana, opposite to the entrance of the Arsenale.

In the Hong Kong exhibition the age-old wisdom of the classical essay Thirty-Six Stratagems, a collection of military tactics applied at wars in ancient China, inspired the solutions proposed by the architects and artists of the exhibition to battle everyday personal and social issues as the extremely high real estate prices, dense living space, the dominant market force, visionless sense and practice to urban renewal, housing planning and environmental friendliness.

Macao's exhibition, instead, pursuits an interactive path to involve visitors to paint the facades of historical buildings and beat mixtures of brown sugar, soil, sand, glutinous rice powder, sea shells, lime powder, among others, to idealy mold the bricks that rise the old walls of the Historic Center. Macao became a Portuguese settlement in the mid-16th century and returned to China in 1999, for which the "Historic Center of Macao" is actually a collection of diverse constructions that witness a coexistence of Chinese and Portuguese cultures. It is now part of the UNESCO World Heritage List 2005.

PDG Arte Communications will be present in the 15th Architecture Exhibition with the organization of Hong Kong and Macau's Pavilions, 112 exhibitions organized within the Venice Biennale since 1995. 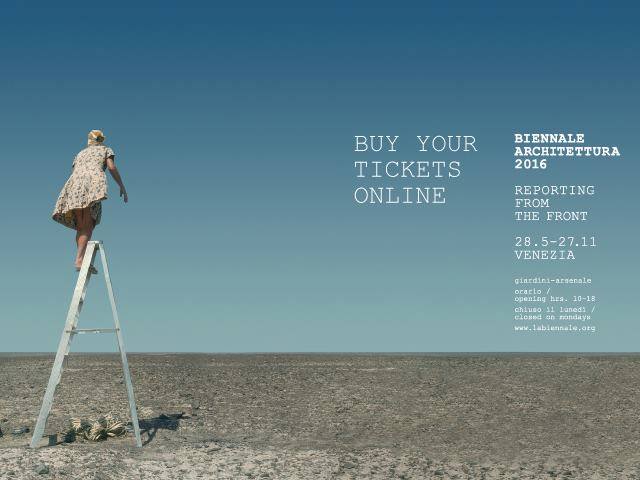 Yesterday, 23rd of June 2016, we concluded the inauguration of the site-specific installation of Yahon Chang's ink paintings The Question of Beings, which spots the second phase of the general project From la Biennale di Venezia to MACRO. International Perspectives, concieved by Paolo De Grandis and curated in collaboration with Claudio Crescentini. The core of the project relies on the relocation of some exhibitions that PDG Arte Communications has organize within the Venice Biennale to open channels, create collaborative chains and design a bond between two cities that have sustain and blossom art through centuries.

The Question of Beings by Yahon Chang was first presented last year during the 56th International Art Exhibition - La Biennale di Venezia as a Collateral Event at Insitute Santa Meria della Pietà. The installation fills the walls with large-scale ink paintings the artist relizes directly inside the space and insights a study of human lineaments. Find out next a short view of the exhibit, which will be presented at MACRO Testaccio - La Pelanda until the 28th of August.

WE ANNOUNCE THE ARTISTIC DIRECTOR OF THE 57TH VENICE BIENNALE

Christine Macel has been appointed director of the Visual Arts Sector of the fifty-seventh edition of the Venice Biennale, to be held May 13 – November 26, 2017, with press previews beginning May 10th.

Since 2000, Macel has been chief curator of the Centre Pompidou in Paris, where she has organized a number of exhibitions, including “Danser sa vie, art et danse aux XX et XXIème siècles” in 2011 and solo shows devoted to Gabriel Orozco in 2010, Philippe Parreno in 2009, Sophie Calle in 2003, and Nan Goldin in 2002. In Venice, Macel has curated Anri Sala in the French Pavilion for the Biennale in 2013, and Eric Duyckaerts for the Belgian Pavilion in 2007. She also founded and heads the museum’s department of contemporary art and prospective creation. “Collected by Thea Westreich Wagner and Ethan Wagner,” which she organized with Elisabeth Sussman of the Whitney, travels to the Pompidou on June 10, 2016.

“In the wake of the Biennale Arte directed by Okwui Enwezor, centered on the theme of the rifts and divisions that pervade the world, and aware that we are currently living in an age of anxiety, La Biennale has selected Christine Macel as a curator committed to emphasizing the important role artists play in inventing their own universes and injecting generous vitality into the world we live in,” said the Biennale’s president, Paolo Baratta, in a statement.