PDG Arte Communications
is glad to inform you
the Board of La Biennale di Venezia appointed
Ralph Rugoff
as Director of the Visual Arts Department
with specific responsibility for curating the 58th International Art Exhibition (2019). 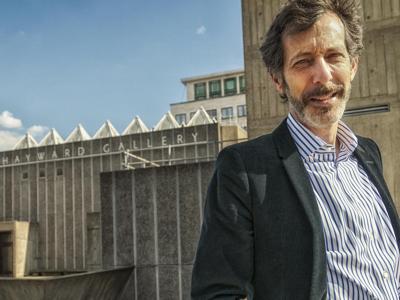 After this great success
we are planning the 2019 edition

and we are at your disposal to provide more information according to our long lasting experience
in coordinating 118 exhibition in the Venice Biennale.

Ralph Rugoff has been the Director of the Hayward Gallery of London since 2006. Opened in 1968, the Hayward Gallery is considered one of the most leading public art galleries in the United Kingdom; it is part of the Southbank Centre, Europe's largest arts centre that receives major funding by the Arts Council of England. Rugoff was the Artistic Director of the XIII Biennale de Lyon in 2015 titled La vie moderne. Between 1985 and 2002 he wrote art and cultural criticism for numerous periodicals, publishing widely in art magazines as well as newspapers, includingArtforum, Artpresse, FlashArt, Frieze, Parkett, Grand Street, The Financial Times, The Los Angeles Times, The Los Angeles Weekly and published a collection of essays, Circus Americanus (1995), in which he explored cultural phenomena of the American West. During the same period he began working as an independent curator, organizing exhibitions such as Just Pathetic (1990) andScene of the Crime (1997). A former Director (2000-06) of CCA Wattis Institute, at California College of the Arts in San Francisco, he has curated numerous group shows at the Hayward Gallery over the past 11 years, including The Painting of Modern Life (2007), Psycho Buildings(2008), an exhibition that included interactive and immersive installations by artists such as Mike Nelson, Gelitin and Do-ho Suh; and The Infinite Mix (2016); he also has curated important retrospectives and solo exhibitions by Ed Ruschka, Jeremy Deller, Carsten Holler, Tracey Emin and George Condo.

PRESIDENT PAOLO BARATTA’S STATEMENT
President Baratta stated that "the appointment of Ralph Rugoff confirms the Biennale's primary goal, to qualify the Exhibition as a place of encounter between the visitors, the art and the artists. An Exhibition engaging the viewers directly with the artworks in such a way that memory, the unexpected, the possible provocation, the new and the different can stimulate their visions, their minds and their emotions, and offer them the opportunity for a direct experience.

"RALPH RUGOTT’S STATEMENT
Ralph Rugoff has declared “I am absolutely thrilled with this appointment. The Venice Biennale is the oldest and most prestigious exhibition of its kind internationally and I am really looking forward to taking on this new challenge.”