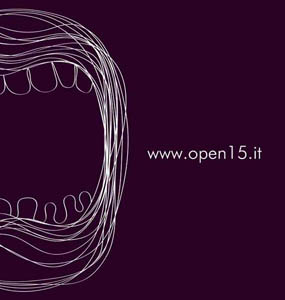 The Hong Kong based architectural practice, Oval Partnership, has been appointed as curator of the Hong Kong exhibition by the Hong Kong Institute of Architects following a national call for proposals. Oval has developed the concept for the exhibition and selected content from 13 contributing exhibitors, all working on live projects in Kowloon East, in response to David Chipperfield’s overall theme for the 13th International Architecture Exhibition’s, “Common Ground”.

THE CONTEXT OF THE EXHIBITION. The exhibition takes the 320 hectare Kowloon East regeneration area as its subject; one of the largest urban regeneration projects in Asia, and a district based around the ghost of a former airport. It will interrogate how the Development Bureau’s official future plans, as well as unofficial projects, native and planned culture of the Kowloon East district will manifest and co-exist in one of the most prominent regeneration projects in the world.

THE CURATORIAL RESPONSE. In Hong Kong the double meaning of Common Ground has added poignancy. The phrase ‘one country, two systems’ is a maxim constantly under interrogation. To what extent does Hong Kong retain a different system to the Mainland, and how does this different system envisage the involvement of its citizens in shaping their future? Can Hong Kong find new ways simultaneously to maintain the commercial momentum that has made it the success it is today, whilst engaging its citizenry more fully and enabling diverse, culturallyrich, and more sustainable ways of living in years to come?

As curator, Oval Partnership will act as ghostwriters, inviting the contributors to speculate on past, present and future inhabitation as a way of re-framing existing conditions, native culture and new activity. These projects will be interpreted to reveal the hidden histories and emerging futures in one of the most extensive urban regeneration projects in the world. The exhibition weaves a series of interlinked narratives to reveal the fragile ecologies of an emerging new urban culture, co-existing within the official master plan. It will juxtapose diverse projects from an array of contributors; from Foster and Partners’ new cruise liner terminal now under construction on the old Kai Tak runway, to small urban agriculture projects on factory roofs, sensitive low-cost housing projects and a nightclub in an abandoned warehouse.

CURATORIAL STATEMENT. Christopher Law, Founding Director of Oval Partnership, states “Amidst a global financial crisis, Hong Kong has emerged to deliver a regeneration project which will take sustainable urbanism to a new level. This is a reinvention of a large part of the city and we believe it is a fascinating place to postulate and observe how the new architectural culture of a consumerist, investment intensive, super-connected, high density but socio-politically only halfawakened city, might evolve. We anticipate that our objectives with the exhibition will promote the continuing dynamic growth of Hong Kong as a world-class city.”

15. International Exhibition of Sculptures and Installations

OPEN, the International Exhibition of Sculptures and Installations, will celebrate its fifteenth edition from 30 August to 30 September at Venice Lido and on the island of San Servolo, at the same time as the Venice Film Festival and the Venice Biennale.

Conceived and curated by Paolo De Grandis, co-curated by Carlotta Scarpa, the exhibition is organised by Arte Communications in collaboration with the Department of Culture of the Venice City Council.
The fifteenth edition of OPEN will feature two special projects that will interact with each other through the strong visual and material impact of sculpture and the lightness of the fabric of flags. Among the items presented will be steel sculptures, enormous reflecting forms, by the Korean artist Lim Dong-Lak coordinated by Grace Rim, and the flags by international artists, especially the project "IT'S TIME FOR ACTION" by Yoko Ono, curated by Jon Hendricks, which can be seen at S. Maria Elisabetta.
The flags recall a unique, extraordinarily scenic event: in 2002 Paolo De Grandis was European commissioner for the Flag Art Festival in Seoul on the occasion of the FIFA World Cup Korea/Japan. Ten years later, thousands of standards, banners, scrolls, the art and literature of the whole world captured in signs and entrusted to the wind direct and inspire the path of OPEN.
More than thirty artists will tackle this unusual format to present unprecedented interpretations and readings of their art: as well as the special project by Yoko Ono, the flags on show at Lido will be the work of Davide Aghayan, Ronni Ahmmed, Chiara Bugatti, Gaylord Chan, Lui Chun-kwong, Venia Bechrakis, Dahong Liu, Efi Halivopoulou, Mahedi Anjuman Joothi, Hoi-lam Au, Shakhawat Hossain Razib, Ursula Huber, Nora Iniesta, Fotini Kariotaki, Maria Kompatsiari, Lindy Lee, Yang Mian, Yousef Moscatello, Artemis Potamianou, Fernando Reyes, Daniel Rothbart, Virginia Ryan, Aspa Savidi and Anita Sieff. Parallel to this path, where steel and fabric take possession of land and sky, creating a bizarre vertical axis that follows the Lido streets, OPEN will present works by Andreas Kuhnlein, Cornelia Kubler Kavanagh and Jia Liu, dedicating the usual attention to sculpture in its most varied and innovative forms.
Young artists from Thessaloniki University, curated by Christos Savvidis, will present a site-specific, interactive project on the Island of San Servolo, the location which for five years has hosted promising young artists, involving the Departments of Art, Architecture, Theatre and Cinema.
The attention towards new recruits to art is also seen in the collaboration with the Arte Laguna Prize, under which the Arte Communications Prize was assigned to Lia Wei and Zhang Qiang; this award will offer the possibility to the two artists to participate to fifteenth edition of Open. During the exhibition the third edition of Arte Laguna Special Prize will be assigned to an artist from the University of Thessaloníki, selected by the Arte Laguna jury.
Original, versatile and innovative, OPEN has a long history which has involved the participation of more than seventy countries, four hundred artists and one hundred and fifty internationally renowned curators; for as many as ten artists it has provided a privileged platform and an important launching pad for their subsequent participation in the Venice Biennale.
OPEN creates synergies and collaborations such as those between international curators: presences that have been renewed and repeated over the years such as Nevia Capello, Johnson Chang, Jon Hendricks, Ebadur Rahman, Christos Savvidis, Gloria Vallese and, for this fifteenth edition, the new participants Grace Rim and Lv Peng.
Ever since the review began in 1998, while becoming one of the main events on the Venetian exhibition calendar at national and international level, finding considerable success with critics, the public and operators in the sector, OPEN has enjoyed the patronage of the following bodies: the Italian Ministry of the Cultural Heritage, the Ministry for Foreign Affairs, the Embassies of the participating countries, the Veneto Region, the Province of Venice and Venice City Council. The last ten editions of OPEN have been awarded the Silver Shield of the President of the Republic, in recognition of the commitment of the organizers and of the event’s high cultural value. 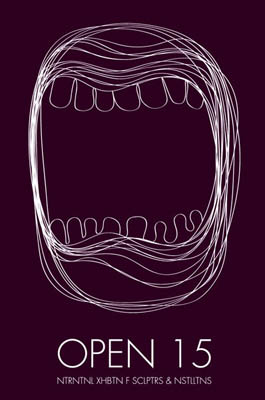