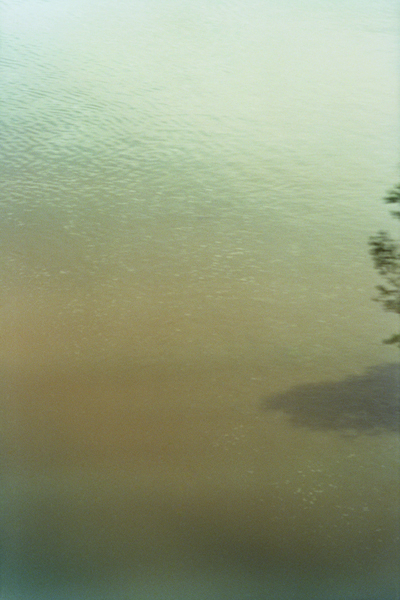 The procedure Tancredi Mangano chose for constructing these sequences challenges the traditional canons of photography: framing, viewpoint (and ensuing “composition”), depth of field, precision of colour contrasts, clarity or, by contrast, blurring or fuzziness deliberately contrived to add aesthetic touches to the image, all aspects which are not even taken into account here, indeed they are rejected and cancelled out.

The images simply embrace what they capture. The artist works from inside a train, what appears in the frame is simply what happened to be visible from the window at that moment and was recorded by the camera. Sometimes just a single colour background [...] By adopting a minimalist approach, Tancredi Mangano finds without looking for, pays tribute to chance and that something anonymous and indeterminate that lies within the landscape, within all landscapes.

The camera, helped by the motion of another machine, the train, records fragments which are just imprints of the fleeting landscape. [...] So this is a journey, but a journey which takes place not only in the landscape, but also and above all in thought, in the profundity and mystery of photographic perception, in that subconscious which Walter Benjamin defined as optical and Franco Vaccari as technological. Leaving aside the camera and train window, the outside world is basically a forest of transient and changing signs in search of meaning.