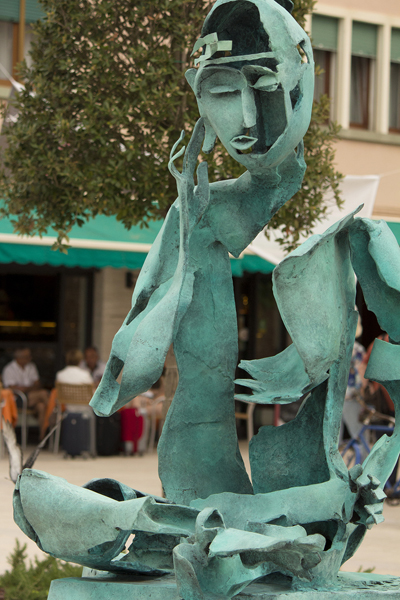 Lee Kuang-Yu was born in 1954 in Taiwan. In the early 1970, he entered the Department of Sculpture of the National College of Arts (predecessor of the National Taiwan University of Arts).

Following graduation in 1975, he went to Spain to study western sculptural technique and theory in Real Academia de Bellas Artes de San Fernando and Universidad Complutense de Madrid respectively and studied with celebrated sculptor Toledo. On returning to Taiwan, he taught at the Taipei National University of the Arts and the National Taiwan University of Arts, retiring in 2006 to devote himself to his work.

His work cannot be assigned to any usual stylistic category. Instead, his works create a unique language with his incomparable skill, style and materials which in turn embodies the complex nature of Taiwanese art while representing the essence of Taiwanese culture. His work has previously been exhibited in Spain, Austria, Japan and Singapore. His works can be seen in the public spaces or National Taiwan University Hospital MRT station, on Civic Boulevard, and at National University of Kaohsiung. Within Taiwan, three major galleries have collected many of his works.