Whatever form might have been forced to become active, strong, fluent in persistence has yet to give back as it has been asked to. This does not force our demands, but stirs their surface. That can seem to reflect back on to the forms in question.

What is such interest that abides most pleasantly on top of things? Such is the nature of jokes, lightness of the senses and time shortly spent. A strong foothold gives hope or assures of force. Force is a weak subject in reference to any lightness. Strength asks for a revelation.

To demand whatever implies some knowledge and asks more of it. Knowledge being fabricated only after anything, it seeks, and leads all questions. If seeking gives any guarantees theirs is the function to sustain the search. Superficiality of demands, the interest hunger is coated with, delight, complete forms merely in passing.

But wasn’t it only something that only seemed to reflect back on to the forms in question?

Nothing of concern has, if anything. And if with demands it is only the surface stirring, any fluency and benefit of force may be found in time and any persistence in intention. There are loose ends and all forms leak, only a bit or totally. 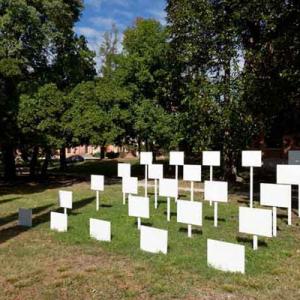 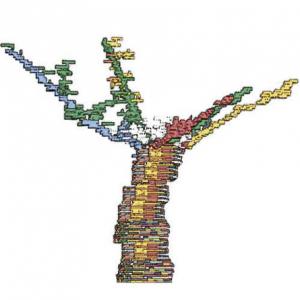 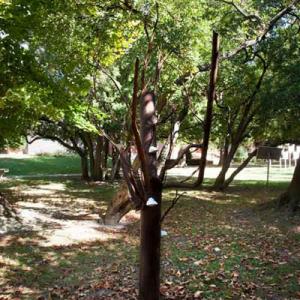 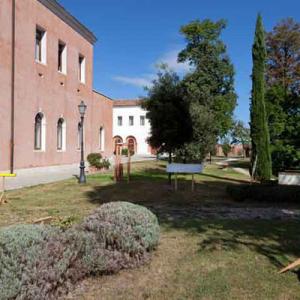 Reality described through the image of the city

For the last four years, most of my installations have sprung from a fixed idea of mine: the idea of representing the city.

Initially it all began with the aim, shared by many artists, of representing reality, the most everyday world that we feel around us, the one that best represents the present day and the human being who inhabits it. So I read a lot of newspapers, forming a thesis that this type of reality was intangible at world level, and so it could exist as a concept of reality only in a subjective form. I worked on this concept, or rather on how, in the world, reality is made known in a global form without considering the fact that every subject processes reality according to his own mind.

My first installations representing this concept were in an ironic key, a kind of invention of false news reports of catastrophes, depicted with videos using paper models of cities. So it was a kind of hoax to express the absurdity of our attachment to reality, considering it isn’t our own.

Still following the image of the city that was becoming important for me, I began using illusion in my video installations. In this case the image was projected on a 3D screen, creating the impression that the actions in the video were taking place directly on the screen which was made in the form of a model of a city.

The city thus became for me the ideal subject to represent the reality of contemporary man. In my opinion it is a suitable setting where all the actions of the present day human being can be summed up, and the apex of his evolution.

With the installation of a tree, I wanted to enclose all these concepts in a form that is completely dissociated from the image of the city but that contains some common concepts.

The tree represents a perfect system of networks and connections that creates life by taking energy from the bottom to produce its real appearance at the top. This also happens in cities, because everything that we don’t see is fundamental for the operation of everything that actually appears. The tree is a combination of nature and artifice, like human life among city buildings. The tree appears to be dying, but its colours disprove it, as does the illusion of its real function. A city is always alive, even though it does not directly show it.

Text by
the artist

The grimace of a child is first and foremost a problem of verisimilitude: observing and “doing” (the clay evokes the ancestral act of shaping), bends the matter to a mimetic representation. So the tangle of hair, the texture of the clothes, the folds of the face, are imprinted in clay and seconded by acrylic paint that covers the surface (in other, rare cases, different materials are added to yield a particular effect). Freed from aesthetic issues, the models chosen and depicted by Zuriato belong to the present and living: a Chinese man drinking from a bottle, a man who spits an old teacher, captured and transported in a separate dimension, and the entire fragment, the human and the mutant mingle to form a collection of characters, placed in parallel of the real world which respects all the measurements and proportions. Preceded by the “Adolescente”, the subject presented here (a work created for OPEN14) gestures back in an infantile and familiar way, even if improper: the almond-eyed boy who pretends, in tautological key, to be what it is, raises a contradiction, a condition that is impossible due to lack of recognition of his origin. Showing he has acquired Western ways and habits, the small oriental boy on the pedestal suggests an actual monument to how fragile the integration is and perhaps, on the other hand, represents the loss of identity.

Instead of sculpting stone or casting bronze, Martin-Emilian Balint, photographer, sculptor and video-maker, models the emotions of the visitor. His installations, often made of paper and based on the repetition of a multitude of identical elements, have recently become larger and more spectacular, aimed at creating a mood of festive enchantment that is unusual on the scene of contemporary art.

When still a student at the Academy of Fine Arts in Venice, Balint became known to the public by taking part in Atelier Aperti, a collateral event of the Art Biennale 2005, with an installation composed of about three thousand little origami birds made of white paper. 2008 was the year of Anti-Lulling Field, a field of 1,300 plastic poppies presented at the exhibition CREAM On Madness on the Island of San Servolo, during OPEN 11. In 2009 he created 300 red paper asteroids for the work Sun Being at the Fornace in Asolo, where his aim was to make the visitor feel like a star, in the centre of a solar system that rotates around him, controlled by a mathematical harmony.

Sweet Suite, of 2011, composed of 15,000 golden paper birds, was the focal point of the Bride exhibition in the medieval fortress of Larnaca in Cyprus.

Also in 2011, for the Library and Contemporary Art Gallery of the town of Preganziol, near Treviso, Balint created the installation Embraces, with 17.000 figures of various sizes (corresponding to the number of inhabitants in the town), represented in the universal

gesture that expresses love and welcome.

Visitors were able to take one or more little figures at the entrance and place them in the procession that wound its way through the rooms, or take them home, give them or send them to friends and acquaintances, so that the party could continue even after the opening night.

A delegation of Embraces, placed in a specially made container, carries on this festive moment, extending the experience of this enchanting installation to the visitors at OPEN 14.

When there’s meaning in a photo, it’s right to take it. Then it is a success. At the same time the work may involve the emotional sphere (it captures your attention) or the aesthetic field (a beauty that at first glance needs no comments, just pure enjoyment); it may touch your mind (intriguing you as to the expression and message, and you want to understand its composition and technique), and in this case it is something really special. Could it be research? Of course. But not experimenting just for the sake of experimentation. It is not a hypothesis but a thesis, that is an idea to which a lot of thought has been given. Without delay: such an operative and creative responsibility does not occur very often. Legs is a good example of such a case. Here a warning is required. It isn’t a recipe, but the awareness of the problems of our time. (Il faut être de son temps, said Manet). Fundamentalist concepts? No. Inflexible aniconic concepts? No. Self-referencing intimist notions? No. Once you have understood this (and felt it), go where your heart takes you, lover of your own mind. You have beauty there inside you, anyone will confirm it. With these expressive features and topical forms of behaviour, Vita presents her philosophy of life and art, a necessary skill for acting responsibly in our time. She both states and denies (contradicts). The “thesis” of the legs extended in the foreground is almost anamorphically altered by the distortion of perspective that results from their being reflected in the mirror. An empathetic relationship is established between the levels of representation and the “icons” or forms that rest there. Apparently solitary legs, detached from the rest of the body which is replaced by even more legs, in an optical illusion. It is not surreality or even surrealism. This is confirmed by the black clothing that isolates the two parts of fl esh (one large, the other smaller, in the reflection) which play aesthetically with the broad green lawn. The dark varnish on the toenails of the feet in the foreground and their reflection present elements of colour enhanced by the black mass. This is a most important expressive device. But this analysis seems to be contradicted by the general flavour and the atmosphere which is extremely simple and natural.